Father’s Day Ideas for the Autism Dad: Grilling Tools or a Nap?

Celebrating Father’s Day is a relatively novel event for me. My dad died when my son, Max, was around seven months of age, and the last time I saw him alive was Father’s Day weekend. Max’s bio dad left when he was two, never to be seen again, despite court-mandated $50.00 a month child support orders that provided him the right to see his child, despite my misgivings.

Don’t get excited about my windfall. I only received this amount while biodad worked as a baker in prison. How did I know he was a baker? He needed money for cigarettes, so he called to talk me out of a support order.

Therefore, Father’s Day has been part of a double-duty day of acknowledgment for my single mom sisters, and me. Since I had no one to honor, I’d work on Father’s Day, providing massages to the dads, dropping drinks at the casino, or in recent days, bringing them comfort at the end of their lives as their nurse.

This all changed when I met the Chemist.

The Chemist and I met the old-fashioned way—online and what drew us together was the one unusual thing we had in common. We were both single parents with full custody of boys on the autism spectrum.  Before the year ended, we bought a house large enough to accommodate five people and blended our households. 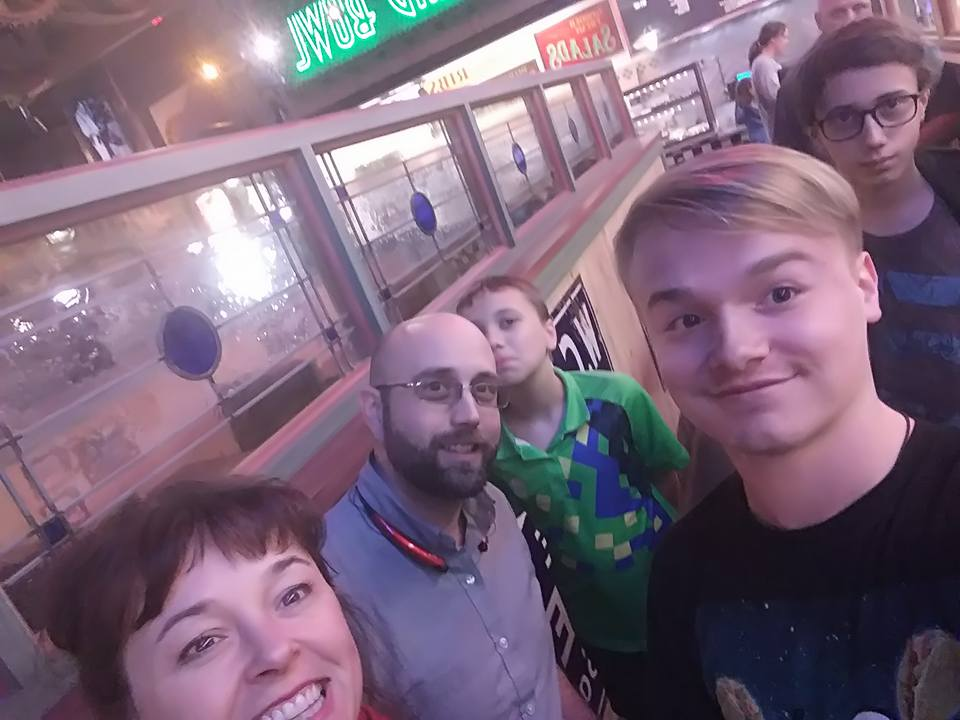 I left him alone with his boys on Father’s Day for the first four years of our blend. My goal was to try to honor their special bond, and Max and I were happy doing our double-duty day together, or I’d work. I’d shop and prep his BBQ, buy the cards and gifts and have his two boys sign them—typical mom duty.

This seemed an excellent ritual until this year when he commented that he wasn’t looking forward to Father’s Day.

Because it’s just a day of attempting to coax his kids into acknowledging his existence, forcing them to spend time with him, and having to grill and feed everyone.

What did he want?

YIKES, I thought. I was unaware of what it meant to be a dad, particularly an autism dad. I fell for the countless ads of backyard BBQs or other Facebook algorithm-placed macho-soaked reels like landing a marlin or hitting golf balls.

Now, this is not entirely my fault when considering Father’s Day’s history. According to History.com, in 1910. Father’s Day was introduced in Washington State by Sonora Smart Dodd, one of six children raised by her father–a widower. The introduction was a rebuttal of sorts, demanding equal acknowledgment for the hard-working and sacrifices of the father. Washington State celebrated the first Father’s Day on June 19, 1910. In 1924, President Calvin Coolidge asked that other states follow suit.

The idea of Father’s Day received some pushback.

Many men, however, continued to disdain the day. As one historian writes, they “scoffed at the holiday’s sentimental attempts to domesticate manliness with flowers and gift-giving, or they derided the proliferation of such holidays as a commercial gimmick to sell more products–often paid for by the father himself.”

In the 1920s and 1930s, a push to disavow Mother’s and Father’s Day was gaining support and replacing it with a more egalitarian Parents Day. Then, the Great Depression happened, and retailers latched onto the concept of Father's Day to inspire sales and save the local department store. It became an opportunity to sell more stuff geared toward men. Billed as a “second Christmas,” gifts like ties, golf tees, and other “man stuff” filled store displays and dominated adverts.

Well, commercialism won over sentiment. In 1972, Nixon made it a Federal holiday which means it gets stamped on calendars, and we are still subject to the onslaught of man gifts. Therefore, my default to thinking of BBQ tools as the right gift is not entirely my fault. The marketing has been consistent for 100 years! This information did nothing to assuage my guilt. Granted, we live in a land-locked state, so marlins are out, and he didn’t golf, so I naturally thought BBQ and beer would be enough. I fell for the BBQ tactic so hard that I even bought him a complete BBQ tool set, smoker, and meat processing tools over the past four years.

These are great ideas, but autism dads face the same challenge as the autism moms on Mother’s Day. Autism doesn’t take a break. It’s the same day, every day. 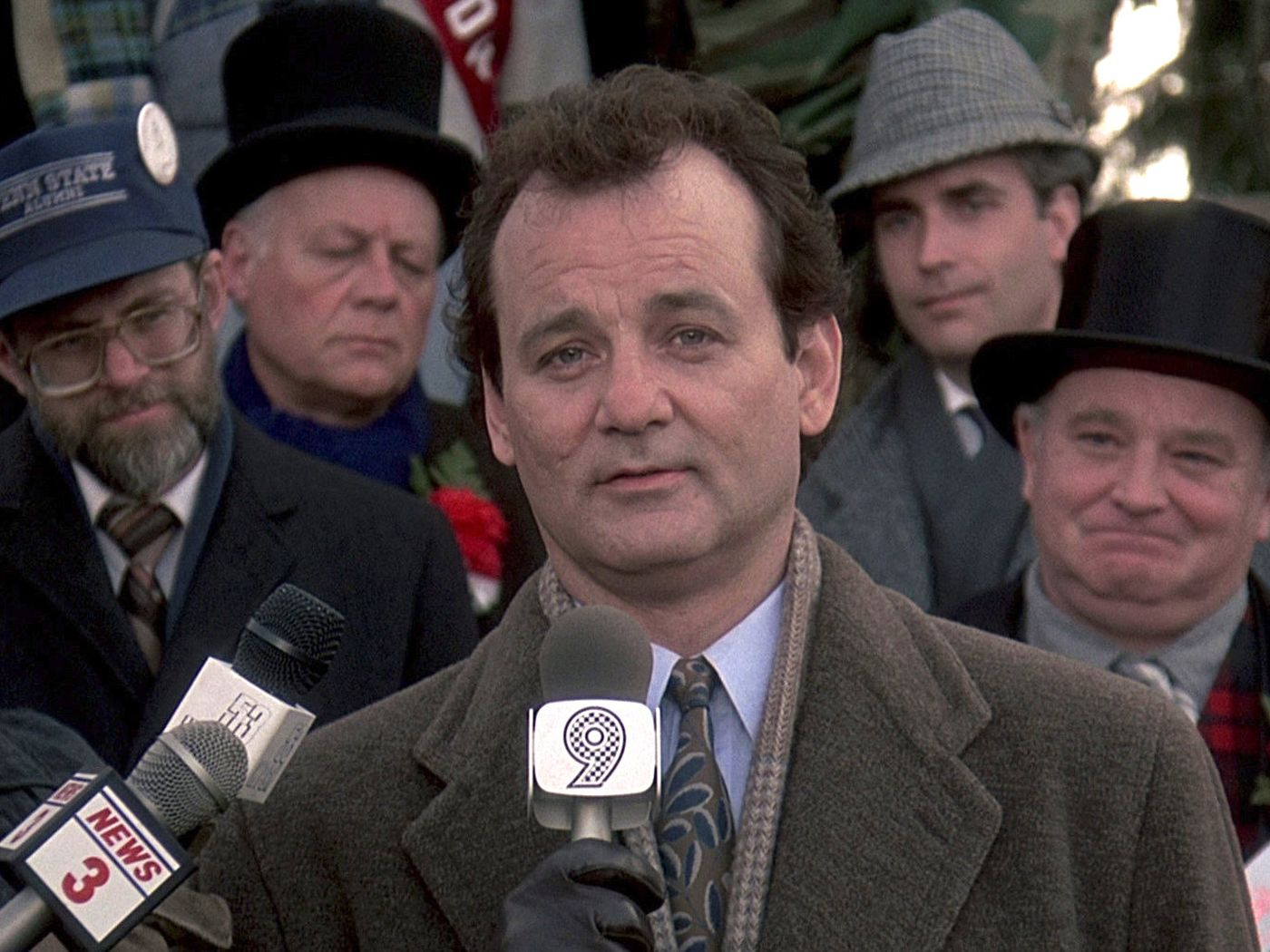 Our kids are all different. Shoot, in my household, all three of them are different. My beloved is so patient and steadfast with all of them. Being immersed in the spectrum of spectrumites, I forgot. Autism is OUR NORM. I realized that despite his strong exterior, inside, the man just wants to nap.

I didn’t know that the Chemist was feeling put out having to grill. He loves his smoker. He loves to cook out. But, it didn’t feel extraordinary on Father's Day—just a regular day.

So this Father’s Day, I’m sending him to the movies. He can take Team Vogel with him if he chooses—instead of grilling, I’m going to make him a charcuterie board and get pizza for the guys.

So what do you get the autism dad for Father’s Day?

See if you can offload the kids to a trusted relative or via a  professional service. 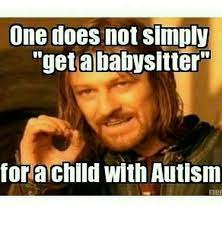 Dads need a chance to breathe and unwind a bit as well. If you are partnered, you both need a break to be with each other as adults.

(Warning: you might fall asleep by 7 pm, but trust me, it’s worth it).

Services—this is especially important for our single dads on the spectrum. It is OVERWHELMING to find services and vet them.

How to provide services on Father’s Day or later?  Ask the dad if they need help tracking providers or other support.

When you are an autism parent trying to negotiate ALL THE THINGS, it’s like having a huge to-do list, and all you want to do is lie down. We ASD parents are notorious for not asking for help, not out of pride, mind you, but out of pure overwhelm.

One great first stop is the Autism Community Store and its resource center. The store is in Aurora, Colorado. This center has hundreds of resources available to peruse and knowledgeable staff to help guide you through the maze of spectrum life.

Help the spectrum dad out! Do some digging and give it to him. Trust me, we as ASD parents would MUCH RATHER be spending time with our kids than online looking for resources!

Gift of FRIENDSHIP and TIME: Got a friend trying to do it all?  Grab some snacks and head over and dig those leaves out of the gutter, or spray some weeds down—you know, the fixey-fix guy stuff that goes much smoother with a friend.

How to apply on Father’s Day? Ask if you can come over and help him BBQ–I know, BBQ again, but an extra set of hands is welcome. Combine your efforts. He may just welcome another adult to talk to.

Seriously. Being an ASD parent can be isolating, and we lose friends. Just because your buddy can’t hang out like he used to doesn’t mean he isn’t your friend anymore—call him. Invite him along. He may decline or get interrupted 100 times, but the outreach means a lot.

Gift of RECOGNITION: This is the easy one. Let’s say your brother is an ASD dad. CALL HIM and tell the dad he's doing a great job. Get the card. Write the email. Do something. It will make the Groundhog Day aspect a little less...groundhoggy.

And, hey there autism dad, doing this solo without support. I see you. I know the struggle.

If you are on your own, please do something special today. Try to watch a movie. Make yourself an excellent breakfast. Buy yourself a card.

Visit my other article for an AMAZING blueberry stuffed french toast recipe!

You are doing a great job.

It doesn’t feel like it some days. But you are.

PS: Thank you, Chemist, for the insight and all you do for our family and the ASD community